St Magnus of Orkney: the Becket of the North (updated)

We are approaching the nine hundredth anniversary of the death of St Magnus, which may have taken place in 1117. I have been conducting research for some years, with a view to reconstructing the medieval liturgy for the feast-day of St Magnus, as it would have been celebrated at his shrine in St Magnus Cathedral.

Last summer I had a breakthrough with this project. I noticed that the proper rhymed office of St Magnus, as it is found in the Aberdeen Breviary (1509/10), the Roskilde Diurnal (1511), the Roskilde Breviary (1517) and the Lund Breviary (1517), is closely based on the office in honour of St Thomas Becket, which was written and composed by Becket's friend Abbot Benedict of Peterborough in around 1173. So close are the parallels, that the greater part of the Magnus office can be (and probably was) sung to the melodies contained in the Becket office. This is rather fortunate, since the printed sources of the Magnus office, listed above, contain text only, whereas there are numerous surviving copies of the Becket office with musical notation.

I know of three four CD recordings of parts of the Becket office, and would be glad to hear of any others. The ones I have are as follows: 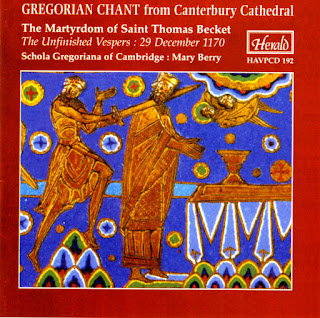 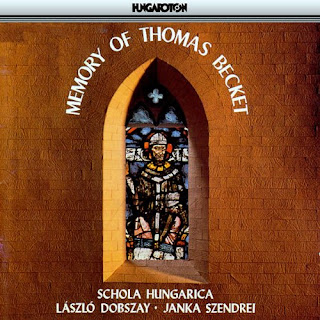 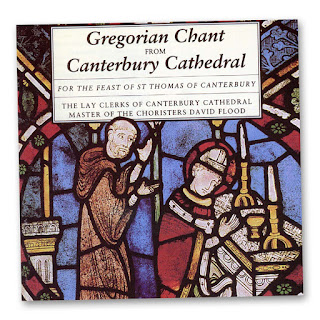 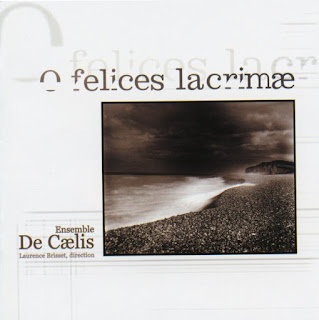 Apart from the Schola Gregoriana of Cambridge CD, all these albums are available to stream on Spotify.